Our 2021 Annual Report highlights our focus on food, health, shelter, education, and community — the very essentials COVID-19 threatened to take away.

Join us on Monday, May 8 for our 24th Annual Golf Classic.

Children's Aid was founded in 1853 by Charles Loring Brace and a group of social reformers at a time when orphan asylums and almshouses were the only social services available for poor and homeless children in New York City. Children’s Aid operated lodging houses, fresh air programs, and industrial schools to support an estimated 30,000 poor and orphaned children living in the city’s streets, and pioneered the Orphan Train Movement.

New York City and poverty have changed drastically since the 1850s, but Children’s Aid has continuously evolved to meet the changing needs of children, youth, and their families, often pioneering social programs that have found universal traction. 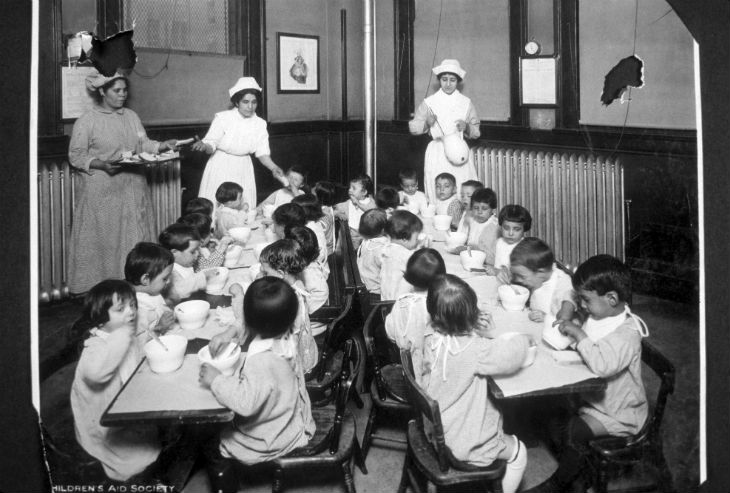 1872
With the support of the New York Times, Children’s Aid establishes the model for visiting nurses services, deploying nurses and doctors into the tenements.

1881
The first day nursery for infants and children of working women is opened.

Every Step of the Way

How we connect children and youth with the tools to learn, grow, and lead.

Since 2015, Lori Crystal has donated her time – and some incredible gifts – to Children’s Aid youth and families.

Our 12th Annual Children’s Aid Benefit honored our staff – the backbone of the work we do every day.

Urge Congress to Fund After-School and Summer Programs in FY 2023!